Citizenship given to Mehul Choksi after receiving CleanChit from India: Antigua 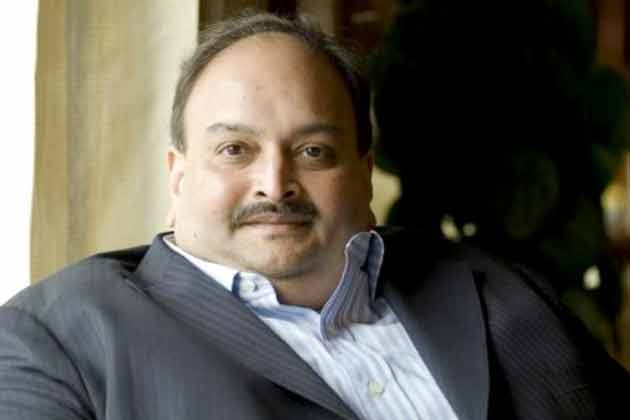 [New Delhi]: The government of Antigua has said that the diamond trader Mehul Choksi was given a strict background check on the citizenship of the Caribbean country and after approval by the Mumbai Police and the Foreign Ministry. 'Citizenship Boy Investment Unit' (CIU) of Antigua and Barbuda said that during the background investigation of Choksi, the market regulator, Indian Securities and Exchange Board (SEBI), had started investigating twice against them. But according to SEBI this case was closed.
In the detailed statement, the Citizenship Authority has said that Choksi's application was received in May 2017 with all necessary documents. It included a Police Clearance Certificate.
According to the statement, "Police clearance issued from the Government of India and the Regional Passport Office of the Mumbai-based Foreign Ministry certify that there is no adverse information against Mehul Chinubhai Choksi, so that he can get visas and visits to Antigua and Barbuda Prevented. "
The CIU statement has been shared by the Antigua Observer newspaper on its website. It has been stated that 'it has been exposed in front of people for clarifying these facts and dealing with the wrong information.'
For information, let us know that the CIU had received two documents from the market regulator Sebi in which SEBI had examined a company owned by Vigilance in the year 2014 and 2017. Significantly, the CIU dismissed the claim made by the CBI, where it was indicated that Interpol had not approached Antigua administration with any direct contact with Choksi.
CONTINUE READING
# Antigua
# India
# Mehul Choksi
# Citizenship by Investment Unit
# CIU
Business Report
Vishal Singh
Business Report
Total 867 views
H-1B Visa Processing begins!
Piyush Goyal to meet today's 13 government bank chiefs
How did Nirav Modi pull off the PNB Fraud?
This Indian has declared his own new kingdom between Egypt and Sudan border
Loss of Rs 940 crore to pnb bank in first quarter
Indian-origin Sushila Jaipal became the first South Asian woman to be elected to 'Oregon'
How do I earn money online with investment?
File Income Tax on Bitcoin Profits in India
Why does Israel respect India a lot?
Quickr : The website for e-commerce and trade
Indian Origin CEOâ€™s who are ruling the tech world
How is Google applying Machine Learning in Everyday Life?
Visit to Most horror place in India : Bangarh
The Rise of Authoritarianism
What are the Control Statements in Python?
Waht is HTML Multimedia?
How can you buy Bitcoin Safely?
NewsAndStory
Subscribe to get latest update
Subscription is completely free