You cannot ignore this Indian MP's wittiness and eloquence

Sashi Tharoor is an Indian MP who in various instances has shown his utter class and magnificent oratory skills.

Title
Why people should visit you
Edit
Pay & Publish
This Indian MP’s wittiness and eloquence cannot be ignored.
Shashi Tharoor is an Indian Member of Parliament and a writer. He has served as a UN envoy for 29 long years and is the classiest diplomat you’ll ever see. Over the years Mr. Tharoor has made many appearances at various conferences around the world and has shared his views that we cannot afford to miss. The Congress MP has the coolest answers whether it is on twitter or in a discussion.
In his Key note speech at Harvard Business School, Boston, Mr. Tharoor while speaking about globalization said that, ”there is no escaping globalization” further he recalled an incident to explain globalization, this is what he had said, “ …globalization for example, the headlines just over a decade ago about the tragic death of Princess Diana, think of it this way, an English Princess with a Welsh title leaves a French hotel with an Egyptian companion who has supplanted a Pakistani she gets into a German car with a Dutch engine that is driven by a Belgian chauffer full of Scottish whiskey, they’re then chased by Italian paparazzi on Japanese scooter into a Swiss tunnel where they crash, a rescue is briefly attempted by an American doctor using Brazilian medicine and the whole story is told to you in Boston by an Indian MP from Thiruvanantapuram, that’s globalization”. Mr. Tharoor regularly attends the Parliament session and he often supports and admires the changes done by the opposition in its agenda and never misses out on trending topics, he has gone beyond the limitations of politics and made his mark worldwide. His contributions have fetched him honors like Commonwealth Writer’s Prize and also the title of ‘Global leader of tomorrow’.
When asked about North Korea and it’s dictator Kim Jon Un in a Q & A in Australia he said that, “Kim Jon Um probably is looking for Saddam Hussein’s (former president of Iraq) experience of possessing weapons of mass destruction and he got overthrown by the Americans for his plans but let me show them I have weapons of mass destruction and they won’t dare to overthrow me, therefore what he’s doing with all of this is saying don’t try and overthrow me because the price you’ll have to pay is far too high to pay and San Francisco isn’t too far either, so what I’m trying to say is that maybe we’ll have to live with a nuclear North Korea as Tom Lehrer said in the famous lyric The Lord’s our Shepherd says the song but just in case we better have a bomb”. The author’s lucid arguments place him atop various discussions.
While giving a speech at the most prestigious debating society, THE OXFORD UNION SOCIETY, arguing ‘Britain does owe reparations to its colonies’, he slammed Britain and at one point said,”...it’s a bit rich to oppress, enslave, kill, torture and maim people for 200 years and then celebrate the fact that their democratic at the end of it”. He went on to say that,”The sun couldn’t set on the British empire because even God couldn’t trust the English in the dark”. Shashi Tharoor’s versatile oratory skills and utter class have made him popular among Indian youth and an inspiration for many politicians.
Upload a cover image for your story 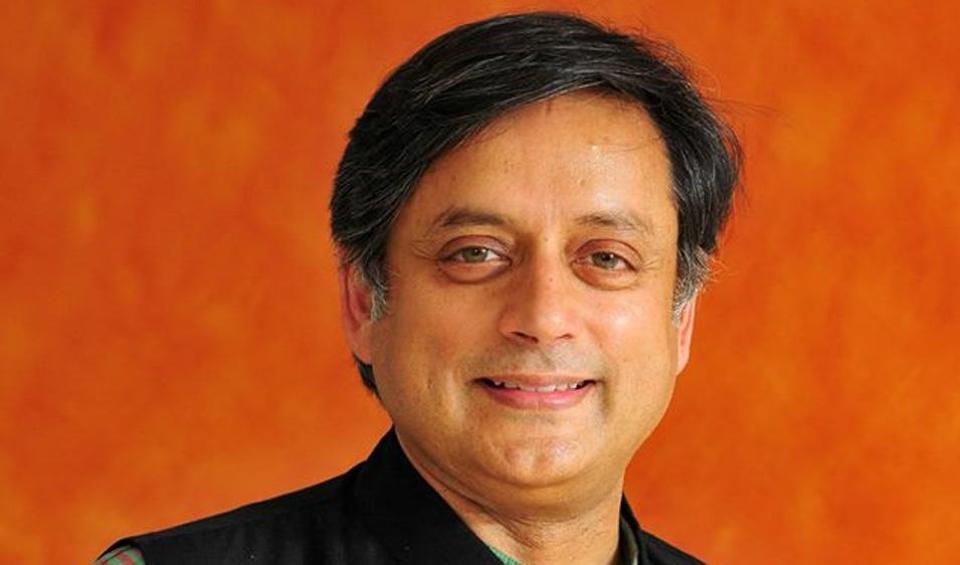