Both Idea and Vodafone have jointly decided to join their operations to become the country's largest telecom operator. 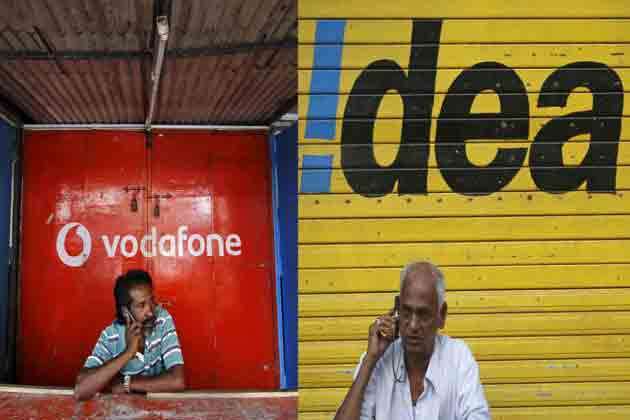 [New Delhi]: The Department of Telecom (DOT) today can approve the proposed merger plan of Vodafone India and Idea Cellular. The company formed after the merger will be the largest mobile operator company in the country, which is proposed to be named Vodafone-Idea Limited. An official said, "The merger of Vodafone-Idea can be approved by the Department of Telecommunications on Monday."
Idea and Vodafone jointly decided to join their operations to become the country's largest telecom operator. According to the data, the combined income of the new company will be $ 23 billion (more than Rs 1.5 lakh crore), which will be 35 percent of market share and the base of its customers will be 430 million (43 crore).
This proposed merger can provide relief to both the companies. Presently these two companies have suffered losses due to fierce competition, where their margins have gone down due to free voice calls. At present, the combined burden of debt is Rs 1.15 lakh crore on these two companies which are joining the merger.
According to the information, the telecom department could demand a bank guarantee of Rs 2100 crore for the one time duty of Idea Cellular's spectrum. At the same time, he will have to believe that he will settle all spectrum related dues according to the court order. Apart from this, Idea will also have the responsibility of Vodafone India's one-year bank guarantee for payment of spectrum fee pieces.
CONTINUE READING
# biz
# Vodafone
# Idea
# Voda-Idea merger
# telecom department
BUSINESS REPORT
VISHAL SINGH
BUSINESS REPORT
Vodafone-Idea: PMO seeks details of Merger from Telecom Department
Moon to have its own 4G Network!
Indian Flights to Allow Web Surfing and Phone Calls
5-G service hopes to launch soon, speed of mobile data is expected to increase to 50 percent
Looking back at 2017!
WHY DO WE NEED A CHARTERED ACCOUNTANT?
Parmanu : The Story You Need
How to be an inspiration for your students General tips for teachers
Tips to buy Domain
What are the main reason for the Emergence of Oligopoly?
Top Machine learning startups of India
How to Send a group message in Whatsapp without making a group chat?
Branching in #C : Nested If-else and their uses in programs (part-3)-(module-19)
Memory access methods : Direct and Random memory access method (module 38)
What are different ways to Hide IP Address?
All you need to know about the Great Wall of China
India needs to tighten monetary policy to combat inflation: IMF
NewsAndStory
Subscribe to get latest update
Subscription is completely free