Government warns of issuing fake message coming up with ITR refund, said-do not share any information

CERT-in says that this link is an attempt to steal sensitive information from users, which can be misused 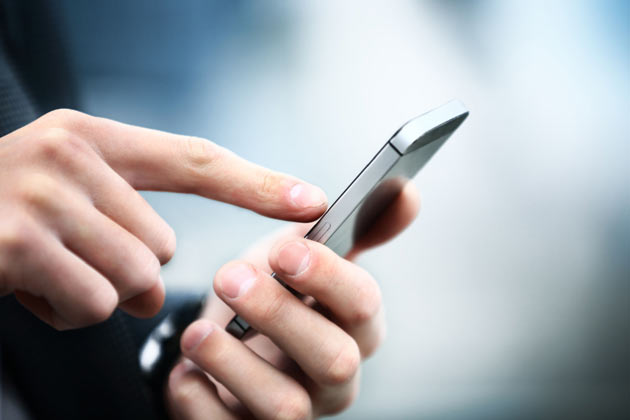 [New Delhi]: The CERT-in, the country's largest cyber security agency has issued a warning to the income tax department regarding the fake message being sent to the return file. Significantly, people are getting fake messages about a large number of income tax returns being approved, in which they are appealing to click on a link.
CERT-in says that this link is an attempt to steal sensitive information from users, which can be misused. According to the agency, these information is also being sold for its own benefit.
Recently, the government has increased the deadline to fill the income tax return on August 31. Earlier this deadline was till July 31. This time the government has made it mandatory for all tax payers to file returns.
Recently, some people were told on the social media platform that they were getting messages like this. Indian Computer Emergency Response Team (CERT-In) is the national nodal agency which looks at computer security issues. CERT-In says that once a person clicks on this link, his sensitive personal information goes to the dark web. Even their IT department records are tampered with e-filing credentials.
Users are getting such messages: 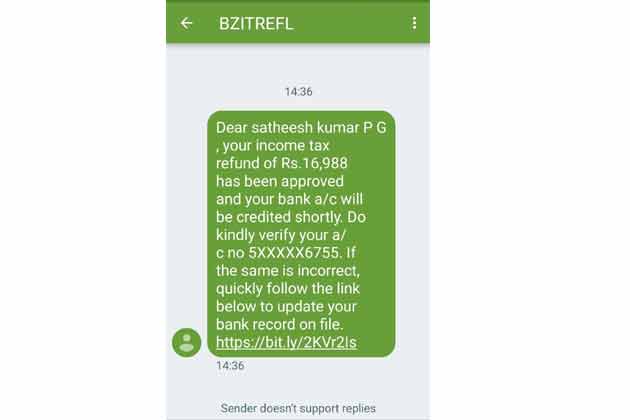 Advisory issued has been told that many such cases are coming out where fake SMSes are being sent in the name of Income tax department. This SMS-Shing campaign shortens it using the popular URL (Universal Resource Locator) shorteners. After this they are circulared. In the message, it is said that some amount has been approved and will be credited to the bank account. After this the message is called to verify the tax payer by giving the wrong bank account number. After this it is said to correct the incorrect account number, to redirect the bank record by redirecting to that short URL.
CONTINUE READING
# CERT
# income tax
# taxpayers
# Fraud SMS
# Phising
Business Report
Vishal Singh
Business Report
File Income Tax on Bitcoin Profits in the USA
HOW TO FILE TAX RETURN IN INDIA?
IMPRESSIVE FACTS ABOUT THE PERSON WHO HAS RE-DESIGN TAX REFORMS IN INDIA
How do rich people hide their money?
File Income Tax on Bitcoin Profits in India
Professionals' fees are not counted, salary, know what is to be filled, which ITR form
Incidence of Lump sum Taxes
A Beginners Guide to Bitcoin (BTC)
Bill Gates calls for taxing the robots!
What are the Limitations of Price System?
Why the financial statement is required in a business or in a firm
Windows Update errors in installing new April Update
How to change the alert style of notifications in WhatsApp for iPhone?
The Avengers: Infinity War | the Biggest Marvel Release|
How to drive safely? and How to stop a vehicle safely in brake failure situation?
What Is Online Process of Registering Rent Agreement
How get rid of Media Creation Tool errors while installing Update
NewsAndStory
Subscribe to get latest update
Subscription is completely free