The Technology behind EVM!

Electronic Voting Machines or popularly known as "EVM" are being used in Indian General and State Elections to implement electronic voting in India, find out the technology behind EVM.

The technology behind EVM!
Electronic Voting Machines or popularly known as "EVM" are being used in Indian General and State Elections to implement electronic voting in India. Recently in 2017 EVMs were used in state elections held in five states across India. EVMs have replaced paper ballots in local, state and general (parliamentary) elections in India. There were earlier claims regarding EVMs' security and that it can be hacked which have not been proved yet. 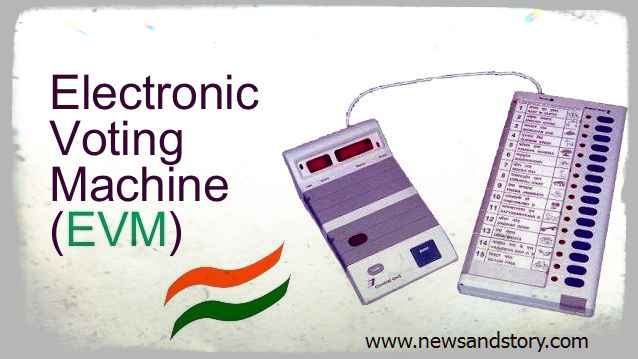 A Brief History of EVM- In 1980, M. B. Haneefa invented the first Indian voting machine, called the"Electronically operated vote counting machine". His original design (using Integrated Circuits) was exhibited to the public in Government Exhibitions held in six cities across Tamil Nadu. The EVMs were commissioned in 1989 by Election Commission of India in collaboration with Electronics Corporation of India Limited. The Industrial designers of the EVMs were faculty members at the Industrial Design Centre, IIT Bombay. The EVMs were first used in 1982 in the by-election to North Paravur Assembly Constituency in Kerala for a limited number of polling stations. These machines were first used on an experimental basis during the 1998 general elections. A total of 16 assembly constituencies used the EVMs - there were 5 each in Madhya Pradesh and Rajasthan, and 6 in the NCT of Delhi.
What is the technology used?
An EVM consists of two units, control unit, and balloting unit. The two units are joined by a five-meter cable. Balloting unit facilitates voting by the voter via labeled buttons while control unit controls the ballot units, stores voting counts and displays the results on 7 segment LED displays. The controller used in EVMs has its operating program etched permanently in silicon at the time of manufacturing by the manufacturer. No one (including the manufacturer) can change the program once the controller is manufactured.

EVMs are powered by an ordinary 6-volt alkaline battery manufactured by Bharat Electronics Limited, Bangalore and Electronics Corporation of India Limited, Hyderabad. This design enables the use of EVMs throughout the country without interruptions because several parts of India do not have a power supply. 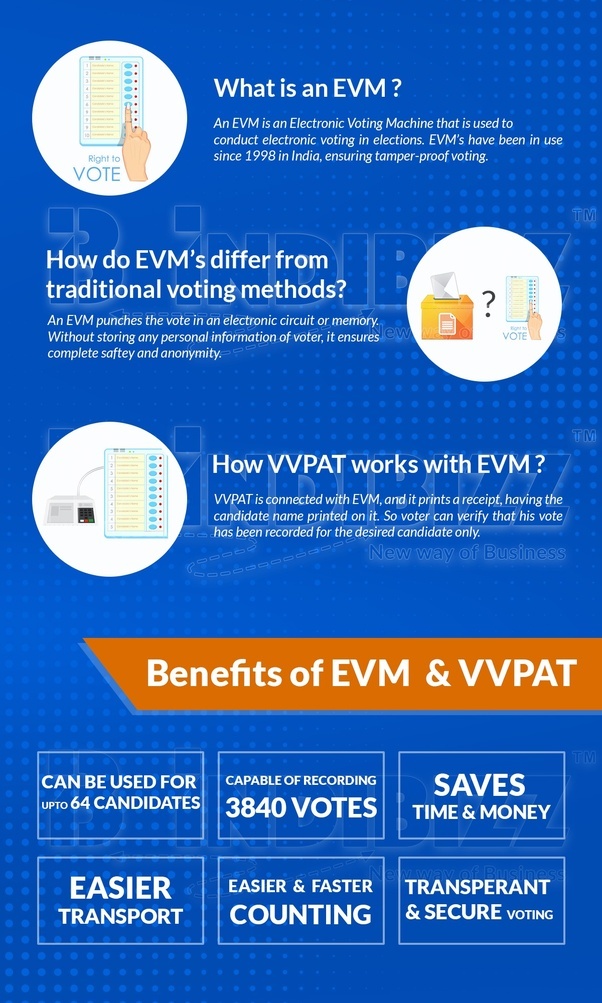 An EVM can record a maximum of 3840 votes and can cater to a maximum of 64 candidates. There is provision for 16 candidates in a single balloting unit and up to a maximum of 4 units can be connected in parallel. The conventional ballot paper/box method of polling is used if the number of candidates exceeds 64. It is not possible to vote more than once by pressing the button again and again. As soon as a particular button on the balloting unit is pressed, the vote is recorded for that particular candidate and the machine gets locked. Even if one presses that button further or any other button, no further vote will be recorded. This way the EVMs ensure the principle of "one person, one vote".
Procedure of operation in Elections
The control unit is with the presiding officer or a polling officer and the balloting Unit is placed inside the voting compartment. The balloting unit presents the voter with blue buttons (momentary switch) horizontally labeled with corresponding party symbol and candidate names. The Control Unit, on the other hand, provides the officer-in-charge with a "Ballot" marked button to proceed to the next voter, instead of issuing a ballot paper to them. This activates the ballot unit for a single vote from the next voter in the queue. The voter has to cast his vote by once pressing the blue button on the balloting unit against the candidate and symbol of his choice.
As soon as the last voter has voted, the Polling Officer-in-charge of the Control Unit will press the 'Close' Button. Thereafter, the EVM will not accept any votes. Further, after the close of the poll, the Balloting Unit is disconnected from the Control Unit and kept separately. Votes can be recorded only through the Balloting Unit. Again the Presiding officer, at the close of the poll, will hand over to each polling agent present an account of votes recorded. 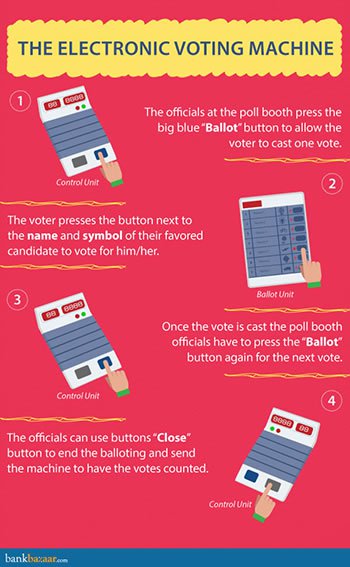 (image courtesy- )
At the time of counting of votes, the total will be tallied with this account and if there is any discrepancy, this will be pointed out by the Counting Agents. During the counting of votes, the results are displayed by pressing the 'Result' button. There are two safeguards to prevent the 'Result' button from being pressed before the counting of votes officially begins. (a) This button cannot be pressed till the 'Close' button is pressed by the Polling Officer-in-charge at the end of the voting process in the polling booth. (b) This button is hidden and sealed; this can be broken only at the counting center in the presence of designated office.
Benefits of EVM
• EVMs prevent malpractices like booth capturing to a great extent. As these machines can register only 5 votes per minute, miscreants can only cast a limited number of votes before they get caught. This is an advantage over the traditional ballot boxes where the frauds can put in a huge number of illegally marked ballot papers.
• With the EVMs in place, the principle of 'one man, one vote' is easily taken care of as the machine gets locked after one has cast his/her vote, making it impossible for the same person to vote again, as new ballot numbers are needed once a vote is cast. To avoid any malpractice, the presiding officer presses the 'close' button after the last vote. The EVMs are designed in such a way that the machines won't accept any vote after being detached from the control unit. 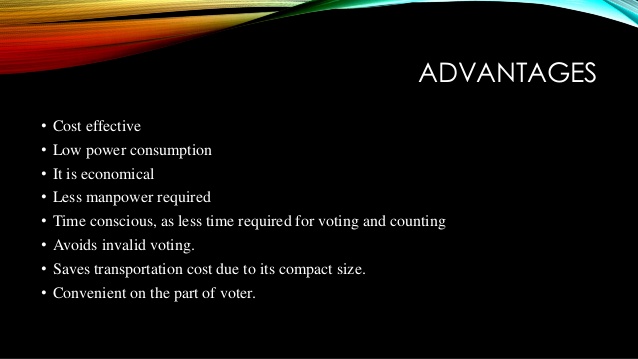 • These EVMs are easy to operate and quite economical as they help save a lot of money we would otherwise require for paper, printing, transportation, storage, and distribution. They have also cut down on the time required for counting votes. It now takes 2-3 hours to complete the counting, compared to 30-40 hours taken during the traditional procedure.
Elections
EVM
Voting
Voting machine
Politics
Technology
Technology
Elections
Information
Politics
Sandeep Semwal
Content Writer
Total 5475 views
Karnataka Elections, 2018: Highlight on the Campaigns
Article 35-A: Case-hearing in the Supreme Court, Raised political activism in Jammu
Vladimir Putin Again Wins the Presidential Term
Who will win the Gujarat war ?
Karnataka Elections: Analysis of the Results
Why does Israel respect India a lot?
Looking back at 2017!
Types Of Shares/Securities For Private Limited Companies
Indian woman's death reversed Ireland's law, removed abortion abstention
Much more to do to gain the faith of Muslims: Naqvi
The Present Status on Brexit Deal
What are File Paths in HTML?
Tips to buy Domain
What is Google Adsense???
Differentiate between Monopolistic Competition and Imperfect Competition
You cannot ignore this Indian MP's wittiness and eloquence
Introduction to control statements - Branching and Looping in #C (module 18)