How Did Chinese Food Come to India?

Do you want to know how Chinese food came to India? Okay, let's go to unfold the history of Indo-Chinese food.

History of Forming China Town & Beginning of The Era of Chinese Food in India:

In the late 17th century a Chinese businessman named Tom Achew came to India. His business was not going well in Europe, so he came to India to make his future brighter. He got some zameen from Lord Warren Hastings and made a sugar factory in Ichhapur, West Bengal. And then the Indians came across the cubed sugar. But his good luck was not with him, the factory was about to close.
The workers of that factory came to central Kolkata, Central Calcutta of the British Empire. They used to start living in the Tiretti Bazar area with their families. They came from various regions of China. At that time, the main occupation of those Chinese people was tanning. But the British Government didn't like the tanneries in the centre of Calcutta. That's why the tanneries were shifted outside of the city in Tangra (Topsia) by the government, so maximum Chinese people went to Tangra and started living there permanently. But mainly the Cantonese Chinese people started restaurant business. And finally, the era of Chinese Food had begun in India.

The first Chinese restaurant of India was Nanking Restaurant. It was opened in Calcutta in 1925 by the Au family.
Chinese people who were living in Calcutta made clubs based on their regions. Still, the clubs are present; in the Tiretti bazaar area, every club is directed by a Chinese temple and in Topsia area, every club is directed by a cemetery. Nanking was situated on the ground floor of one of the Chinese temples in Tiretti Bazaar. The name of the Chinese temple is Toongon Church.
Nanking served authentic Chinese food, not Indo-Chinese food like Chilli Chicken. Many celebrities like Dilip Kumar, Raj Kapoor came to the restaurant. It was too famous and even came to the news coverage in various newspapers. From 1962, the restaurant was losing its customers gradually, its status was falling rapidly. And finally, in 1970, the Nanking restaurant was closed. 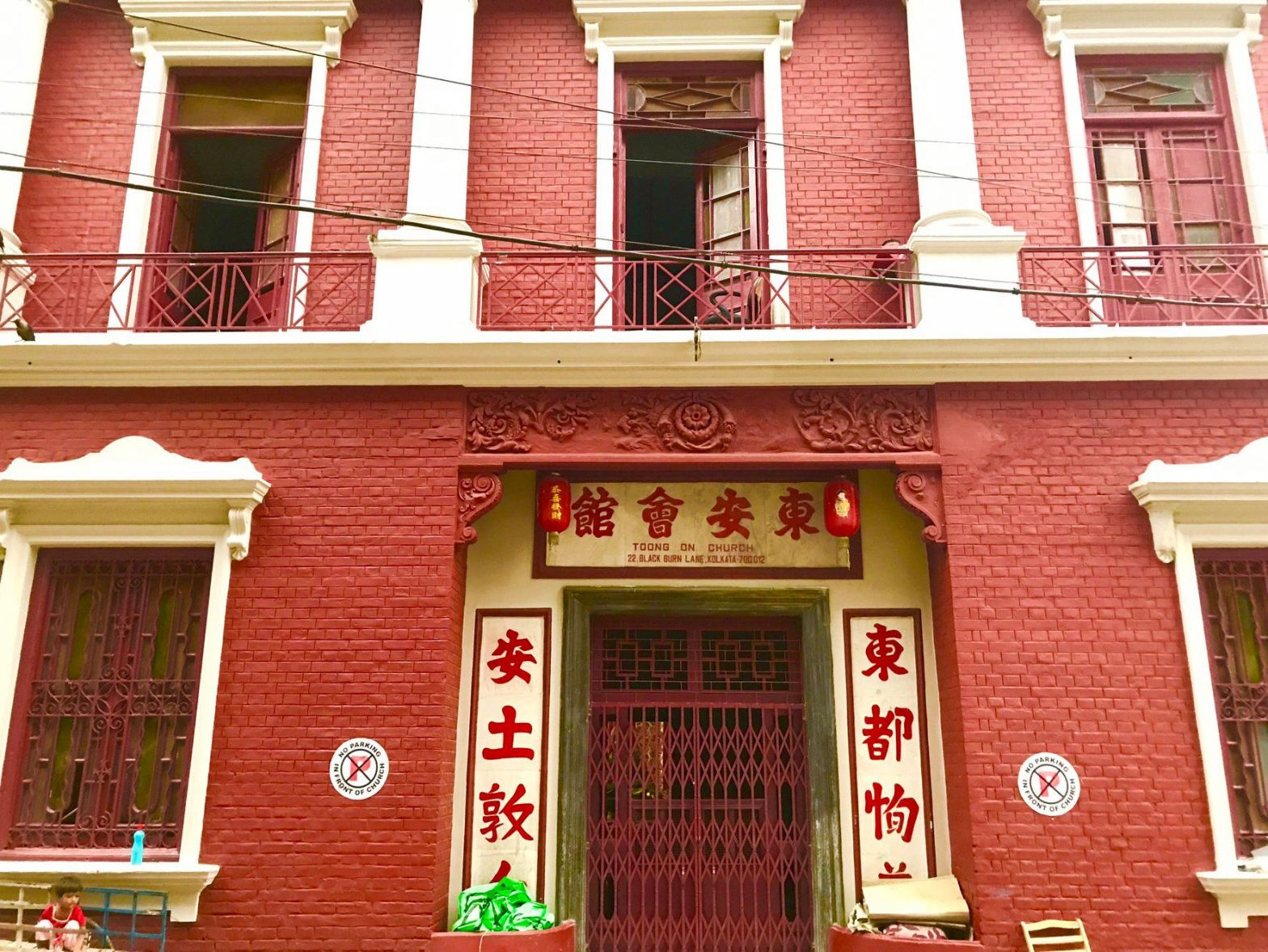 Actually, authentic Chinese food is very pale in taste, it is very light. Chinese people usually eat steamed and shallow fried food. But when they came to India, they observed that Indian people were fond of spicy and more oily food. So they started to make dishes in their style using local food ingredients. The touch of China-made those dishes more delicious.
Chilli Chicken:- Whenever we think of any Chinese food item, the first name that comes to our mind is Chilli Chicken. Chinese people who started living in India (Kolkata) noticed that Indian people like to eat chicken with chilli. Their observation made an incredible Indo-Chinese dish named Chilli Chicken.
Manchurian:- It is said that Nelson Wang invented the Indo-Chinese dish Chicken Manchurian. In 1975, he introduced this new food item which is made with garlic, ginger, soy sauce, cornflour slurry etc. Actually, it's a thick gravy with chicken balls (fried with corn flour coating) into it. It was gladly accepted by the Indian people.
Chow Mein:- Noodles are very popular in China. Every person in that country knows how to make noodles. Chinese people mix up shallow-fried vegetables with boiled noodles, it has no spices. But when they came to India, they made noodles with spices and sauces. It is called Chow Mein. Indian people are in love with Chow Mein. Nowadays it has become one of the most famous street foods in India.
And many more Indo-Chinese dishes originated in this way. And now they are ruling the taste of Indian foodies.

The oldest running Chinese restaurant in India is Eau Chew. It is the first Indo-Chinese restaurant. The age of this restaurant is more than 90 years. Huang family is the owner of Eau Chew. Achumpa Huang started the restaurant as a tiffin corner in 1927 for Chinese immigrants in Kolkata. They served food at a low cost to the immigrants. They also had pork cutlet on their menu for the Europeans.
They have their secret recipe and don't let anyone know it. This secret makes their food tastier. That's why they don't even hire any cook or serving staff, every department is managed by the Huang family professionally. The family members cook the food and they also serve it on the table.
The Josephine variety of noodles and rice is one of the special dishes of Eau Chew (one can call it the signature dish also). It was invented by Mrs. Josephine Huang, the third generation of this family. Josephine Noodle is a plate of pan-fried noodles with lots of vegetables, meat, prawn, mushrooms in a thick broth. It is not Thukpa and the taste is heavenly. 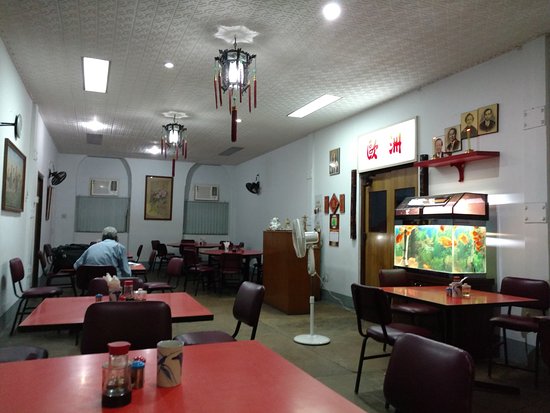 One can get Chimney Soup in this restaurant. Chimney Soup is a dish that is partially cooked in the kitchen and finally on the table. This soup comes in a brass pot which has a chimney in the middle of it and burning coal is used as a base in the pot. Because of this, the soup is known as Chimney Soup.
Chinese people eat this Soup as a meal, mainly for dinner. Every family member sits around the table for dinner and they talk to each other; and while they are talking to each other, the soup becomes fully cooked. So the foodies are able to feel the traditional homely atmosphere of China while having the Chimney Soup.
Unlike other restaurants, they use Szechuan Pepper in the preparation of Szechuan Chicken. That's why the colour & taste of Eau Chew's Szechuan Chicken is different from the other restaurants' Szechuan Chicken. The decoration of this restaurant is based on Chinese Tradition. One can feel the vibe of Chinese Home through the ambience. For everyone's kind information, till now they only accept cash.

Name of The Chinese Dishes We Can Get in India:

The Best Places to Have Chinese Food in India:

CONTINUE READING
Chinese Food
India
Food
Brishti Chakraborty
Writer
Top Chinese Dishes one must try
China made a distance from its ambassador's statement, said- Increase confidence by mutual talks, Indo-Pak
Dalai Lama and the Chinese
During the five-day visit of Nepal Prime Minister KP Sharma Oli, the two countries will sign several agreements.
Top Indian Dishes one must try
10 Japanese foods you must try
Walmart- Flipkart deal: Why Indian Startups are acquired easily?
TOP TEN EASY WAYS TO MAKE MONEY IN INDIA
The fascinating legend behind Kumbh Mela
Indus Water Treaty between India and Pakistan
UP government's approval to Patanjali Food Park, soon to be started on 6000 crore mega project
What is meant by Contractual Rent?
Who possess half of the worldâ€™s wealth?
How to Edit Videos On Your iPhone
Even data encryption is a lie and intelligence services spy on everything. (WikiLeaks hit again)
Netflix Overtakes Disney as the most valuable Media Company
What is the eligibility criteria for the H1B1 Visas?
NewsAndStory
Subscribe to get latest update
Subscription is completely free