UP government's approval to Patanjali Food Park, soon to be started on 6000 crore mega project 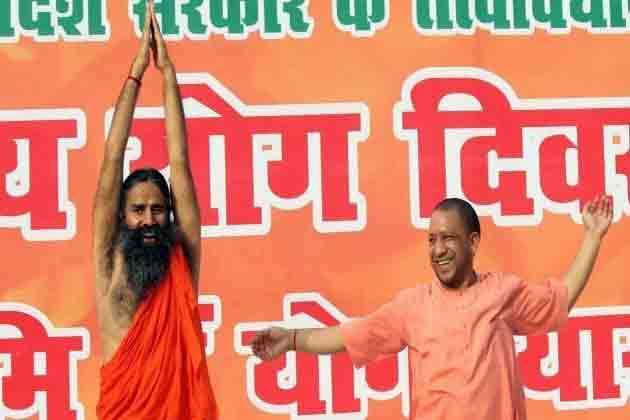 [New Delhi]: Uttar Pradesh government has approved the Mega Food Park of Patanjali Ayurveda Pvt. Ltd. The UP government has decided to allocate land to Greater Noida for a 6,000-crore food park of Patanjali's subsidiary company. It is worth mentioning that Patanjali sought permission to allocate 86 acres of land in the name of Food Park.
After this decision of the Uttar Pradesh government, the Haridwar-based company allows to meet all the rules and conditions related to the acquisition of land within the time limit of 30th June, so that final approval may be given for establishment of Food Park. A company spokesman said that the decision to allow Patanjali to transfer his land to its subsidiary company was taken in a meeting of the Cabinet chaired by Chief Minister Yogi Adityanath.
Let us tell you that this decision of Uttar Pradesh government has come out in a time when Patanjali group has questioned the functioning of the UP government and threatened to shift its food park to another state.
After this, the UP cabinet approved land transfer. It is noteworthy that earlier, Managing Director of Patanjali Ayurveda and co-founder of Patanjali Yogapeeth Acharya Balkrishna had said, "Looking at the disappointing attitude of the state government, we are shifting the proposed food park in Uttar Pradesh."
CONTINUE READING
# Patanjali Ayurveda Pvt Ltd
# Patanjali food park
# Uttar Pradesh government
# Greater Noida
BUSINESS REPORT
VISHAL SINGH
BUSINESS REPORT
Is Uttar Pradesh (UP) the next Gotham City?
Is major railway stations convert into world class transit hub in indian railway?
World Heritage sites one must visit in India
HOW TO START A COMPANY IN INDIA
The best Yoga centers in India for rejuvenation
How to apply for digital OBC certificate in India?
Best small business ideas to invest in 2021
10 Places to Visit in India during summers
Best Places to Visit in India during winters
Karnataka Elections: Analysis of the Results
Har Ki Doon- Valley of the Gods
One Time Passwords and Their Security
E-marketing skills
Gun Culture in the USA
Update isn't applicable to your device ,How to fix it?
How to quickly find files and folders on Windows?
Article 35-A: Case-hearing in the Supreme Court, Raised political activism in Jammu
NewsAndStory
Subscribe to get latest update
Subscription is completely free