Losing Apple markets. Apple has lost their market and didn't return back any of his lost share markets during this period, whereas Android phone sales are going higher. For now, Samsung being the leading brand from your Android space, it is losing its position because many other phone makers are showing continuous growth with each passing year

Title
Why people should visit you
Edit
Pay & Publish
The curse of flammable phone Samsung Galaxy Note 7 It seems to have moved to rival Apple, Because a device of iphone 7 was found burnet with one of the citizens in Australia just as happened with note7. The story begins when he was riding the waves of an Australian named Matt Jones coach, he said he left his iPhone 7 pockets inside his trousers in his car during the lesson in surfing, and when he returned, he found the smoke filled the car and flames from the place of the phone that he found it "melts inside of the garment," according to a report Channel News 7 Australian called Jones explained that he bought the phone just a week ago, coach, that only original Apple charger pockets used and the phone did not fall. Apple in turn assured knowing about it, said a spokesman for the company's site to "Fortune" The Apple "in touch" with Jones is investigating the incident to find out why.and this happens in (20 Oct 2016). I wish they found a solution to prevent mistakes. 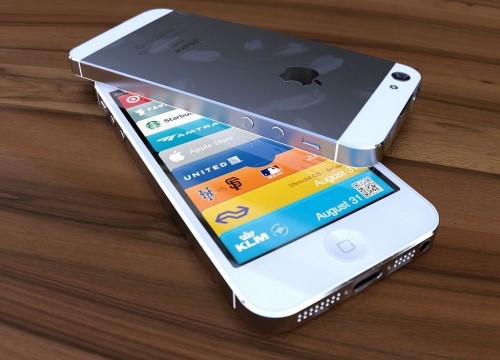 Losing Apple markets
Apple has lost their market and didn't return back any of his lost share markets during this period, whereas Android phone sales are going higher. For now, Samsung being the leading brand from your Android space, it is losing its position because many other phone makers are showing continuous growth with each passing year. According to data gathered by the Kantar, specifically for Australia's Android market, it was found that over the same three- month period, Samsung lost 10 percent point to other Android phone brands. However, it still has the lion's share of 61 per cent in the Android market while other brands collectively made 25 per cent share. According to Kantar: “Samsung's share has much improved on last month as sales of its new flagship Galaxy S7 and S7 Edge devices gain momentum and, collectively, account for over 14 percent share, knocking the iPhone 6s from its No. (1) spot. (Incidentally, the iPhone SE comes in at No. (8) within the last three months)”. Lately, as a way to compete with the leadership of Android and Apple without consuming a lot of money for purchasing earlier mobile giant Nokia, In Australia and other countries, the leadership of Apple and Android devices pushed the organization outside the mobile phone business. As well, less support from mobile app developers and shrinking share in most global markets were reasons of failure.
CONTINUE READING
Iphone7
note7
Iphone7 become like note7
apple
technology
Mahmoud Emad Eleria
writer at www.newsandstory.com
APPLE HOMEPOD, THE LATEST SENSATION IN THE SMARTSPEAKERS
How Apple manages its manpower and promote innovation
Steve Jobs: Developing the heart of Apple
Mukesh Ambaniâ€™s next big step
MOVIES AND MISTAKES ( PART-I)
MOVIES AND MISTAKES ( PART-I)
Appleâ€™s new MacBook Pro are out , Check it's specifications
Netflix Overtakes Disney as the most valuable Media Company
Do you want to Jailbreak? Do Not Upgrade to 11.4.1
If you forgot Mac password how to Reset ?
The Pros and cons about iOS jail breaking?
Banks not to allow Bitcoin Trade
Catalan Independence Movement
ISO Certification Consultants in India
The Entrepreneurs That Got Fired from his own company
RISK BEARING THEORY OF PROFIT
Indian media and its major shareholders
NewsAndStory
Subscribe to get latest update
Subscription is completely free