Captain (retired) Muhammad Safdar, who came to lead a rally in Garrison City of Rawalpindi, was arrested. 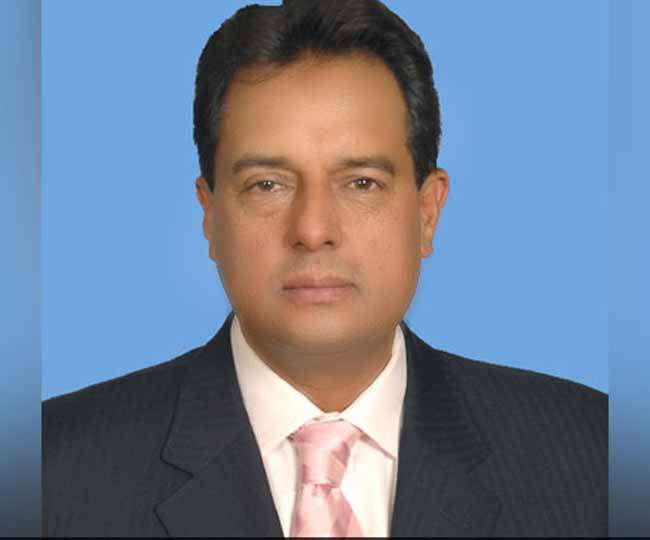 [Islamabad]: The son-in-law of Pakistani Prime Minister Nawaz Sharif has been arrested. Captain (retired) Muhammad Safdar, who came to lead a rally in Garrison City of Rawalpindi, was arrested.
Nawaz Sharif, his daughter Mary and her husband, Muhammad Safdar, were sentenced to jail in connection with the Panama Paper scam on Friday. Islamabad's Accountability Court sentenced 68-year-old Sharif to ten years imprisonment in the case of more property than income and the one-year sentence was heard not on cooperation with the Anti-Corruption Authority (NAB). These two sentences of Sharif will go together.
Apart from Nawaz Sharif, his 44-year-old daughter Mary was co-accused in this case. He was sentenced to seven years of imprisonment and narrated on one year's non-cooperation from the nab. Similarly, Safdar was sentenced to one year rigorous imprisonment for non-cooperation with the NAB. But since he was sentenced, he had gone underground.
Therefore, NAB officials arrested Safdar during a party rally in Rawalpindi on Sunday. The Safdar, who was carrying the Safdar, was surrounded by three thousand people from all sides. Earlier, according to an audio message, Safdar said on Sunday that he would surrender before the administration for the sake of his honor.
Earlier, Safdar was going to contest Manashera in the forthcoming elections of the National Assembly and Provincial Assembly, but after the sentence was pronounced, Safdar and his wife Mary could no longer contest elections. In the Panama Paper case, the Supreme Court has already declared Nawaz Sharif the commission to contest elections for a lifetime.
CONTINUE READING
# pakistan
# corruption case
# Panama paper scandal
# former PM Nawaz Sharif
# Son-in-law
# Muhammad Safdar
# Rawalpindi
# arrest
International Report
Vishal Singh
International Report
Total 1107 views
Sharif's problems are increasing, one more member of the family declared fugitive
Protesters attack East Pakistan Prime Minister Sharif's flat in London
Top 10 Scams in Indian History
Is Uttar Pradesh (UP) the next Gotham City?
How do rich people hide their money?
Indus Water Treaty between India and Pakistan
A look into China and Xi Jinping!
The Kashmir conflict in a Laymanâ€™s language
The NY Times top 5 places to see in 2019
Karnataka Elections, 2018: Highlight on the Campaigns
Why is there so much crime in Mexico?
Crowdfunding for real estate in USA
Fundamental of computers : The processing unit (module 26)
What is Opportunity Cost?
How to apply for digital OBC certificate in India?
How to improve Writing Skills?
Top 10 Bitcoin Payment Gateways
NewsAndStory
Subscribe to get latest update
Subscription is completely free