Tea is one of the most commonly consumed beverages in the world. There are numerous types of tea available. The aroma and taste of a good quality tea depends on its blend. Tea is mostly prepared from the leaves of a tree plant. China is the worlds over all tea producers.

Tea is one of the most commonly consumed beverages in the world. There are numerous types of tea available. The aroma and taste of a good quality tea depend on its blend. Tea is mostly prepared from the leaves of a tree plant. China is the world's overall tea producers. Tea also has numerous health benefits such as tea contains anti-oxidants, helps in weight loss, said to reduce the risk of heart attack and strokes, and so on. Tea contains less amount of caffeine as compared to coffee. Some of the different types of teas are listed below,
1. Black tea: The most common type of tea is black tea also referred to as red tea. Black tea is said to be fully oxidized and it possesses a strong and bold flavor. Black tea can be made in different varieties such as bitter, sweet, vegetal, fruity, or spicy depending on each one’s choice. Many studies show the nutrients in black tea may reduce the risk of several cancers, protect the heart against atherosclerosis, and help maintain healthy blood pressure. Black tea may have similar benefits as compared to green tea. 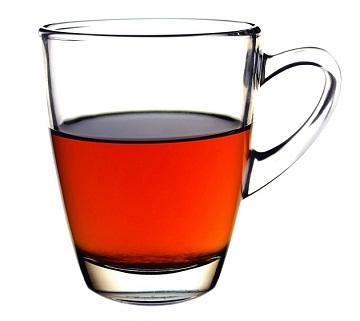 2. Green tea: Another most common type of tea is Green Tea, which is globally consumed. Unlike black tea green tea is non-oxidized, has lesser caffeine content, and is very good for health. Green tea has a flavor milder compared to Black tea, and can suite to an individual’s taste by adding ginger, lemon, honey, basil, etc. Green tea is full of anti-oxidants and it is said to improve brain function, loose fat, protect against cancer, lowers the risk of heart diseases, etc. Green tea also has little amounts of minerals that can benefit health. Recent studies suggest Green tea is also helpful in preventing type 2 diabetes.

3. Barley tea: Barley tea has recently developed its popularity, mostly in the eastern regions and it is a staple drink of Japan, China, and Korea. Barley tea tastes nutty, smoky, and slightly bitter and is traditionally served with cold ice. It is mostly consumed as a summer drink. Barely tea is said to have several health benefits such as weight loss, lower blood sugar level, reduce constipation, reduce cholesterol etc. Barley is full of fiber content and can maintain regularity and help dieters to feel full longer and eat less. 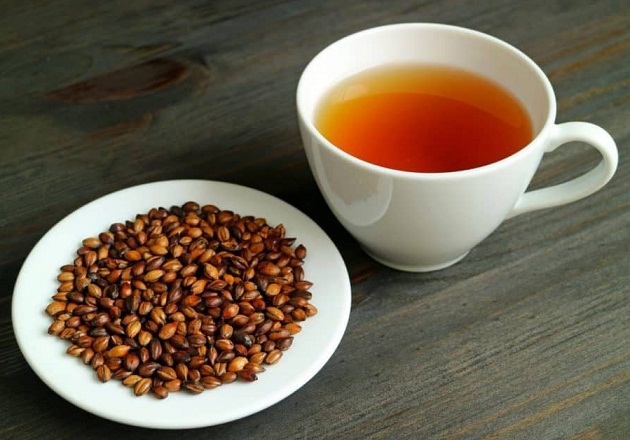 4. Chaga: Chaga is a variety of fungus that grows mostly on a birch tree, and making tea from them simply involves boiling the dry Chaga fungus in water. Chaga is a mushroom flavored tea. Chaga tea is commonly consumed in the Siberian region. Chaga is a very good source of Beta-glucans which has a strong immune system balancing properties and it can enhance the body's ability to produce natural killer cells. Chaga tea is said to have several health benefits some of them are, it prevents and fights against cancer, lower blood sugar levels, Lowers cholesterol, fights against mild cold and infections, etc. Chaga is believed to have longevity benefits. 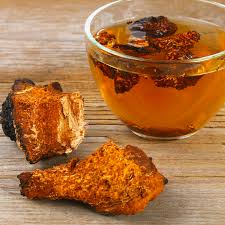 5. Matcha: Matcha is a variant of green tea. It is prepared by grinding up green tea leaves into a powder and is whisked together with water. This tea possesses a vegetal and grassy flavor. Like green tea matcha also possess some health benefits. Matcha is said to be high in anti-oxidant, helps protect the liver, boosts brain function, may prevent cancer, lose weight, etc. Matcha contains caffeine but less than coffee and black tea. 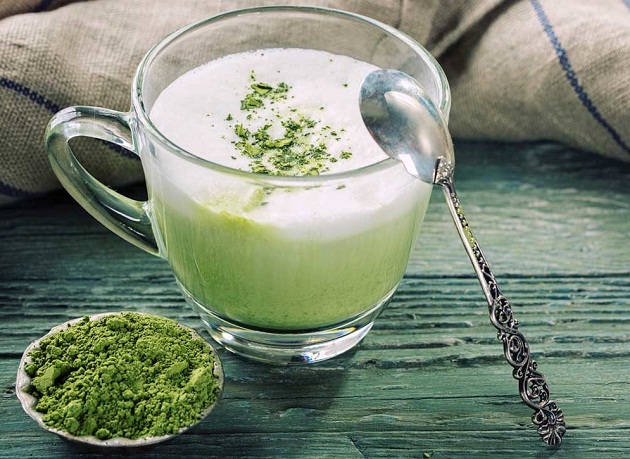 6. Oolong tea: Oolong tea is a semi-oxidized tea that is picked later in the season. Oolong tea is heat-treated to stop the oxidation process, which affects its taste. Oxidation levels in oolong tea can vary from 8% to 80% depending on the production style. The taste of Oolong tea is flowery, fruity, sweet, or smoky. Oolong teas are generally rolled, twisted, or curled into tight balls or thin strands. Rolling the oolong tea is a very important part of oolong processing that alters the appearance, color, and aroma of the finally produced tea leaves. 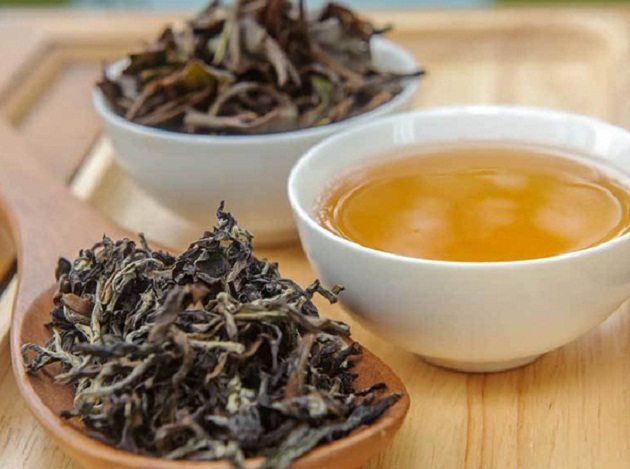 7. White tea: White tea has its origins in China during the Chinese Imperial Dynasties (600-1300). White tea is harvested at the start of the season and is generally composed of buds and new leaves. White tea is one of the least processed teas of all varieties of tea discussed above. As it is hand-harvested for a short period of time each year, white tea tends to be more expensive than other teas. The tea leaves are left to dry on their own, which gives them a very delicate and naturally sweet flavor. White tea contains very little amount of caffeine. 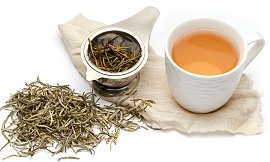 8. Rooibos tea: Rooibos tea is also known as red bush tea has its origins in South Africa where it’s been popular for ages. Research shows rooibos tea is free from caffeine which can be good options to children, pregnant women, and other peoples sensitive to caffeine. It has several health benefits such as increase heart health, manages diabetes, loses weight, anti-aging, etc. Rooibos tea has an equal mixture of a fruity, spicy, and nutty taste. 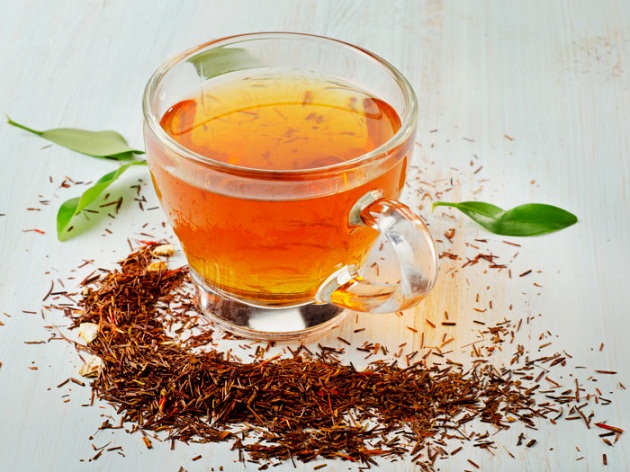 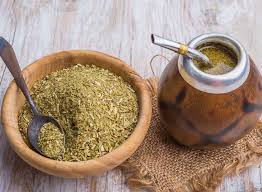 10. Nettle tea: Nettle tea is also known as stinging nettle tea. Nettle tea is prepared from the dried leaves of the nettle plant. The taste of this kind of tea is a little grassy, light and earthy, making it very refreshing. 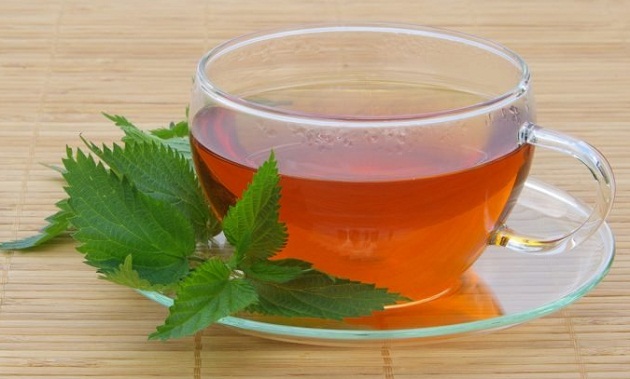 Tea for tea lovers
Top 10 Tea
Benefits of tea
Varieties of tea
Lifestyle
Samiran Panda
Lecturer
Total 698 views
Health Benefits of Green Tea
A basic introduction to forex trading
Best Cafes to visit around Paris, France
10 Places to Visit in India during summers
Explain the Concept of Cross Elasticity of Demand?
How to keep Acidity under Control?
Best Places to Visit in India during winters
Ratan Tata in Aeronautic and Aviation Industry
Study the Best Way
What was Ratan Tataâ€™s Business Strategy ?
Top 10 Airlines for Ultimate Luxury
Content Writing done by Artificial Intelligence
Facebook privacy issue is still pending' while diamond and silk are getting fame
Reading a character in #C (module 14)
File Income Tax on Bitcoin Profits in the USA
ADVANTAGES AND DISADVANTAGES OF USING FRAME
What are the Datatypes &amp; Variables used in Python?