Today is a big day for Delhi-UP and Haryana, PM will inaugurate the 135-km expressway

The prime minister will inaugurate the work of the first phase of the Delhi-Meerut Expressway (NH-9) prepared at 9 in the morning. 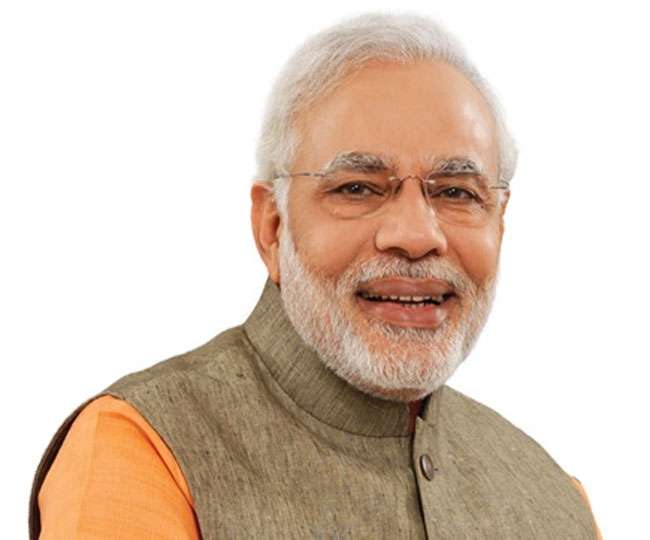 [New Delhi]: Prime Minister Narendra Modi will inaugurate Sunday's two ambitious road projects (Delhi-Meerut and Eastern Peripheral Expressway), which accelerate the development of the National Capital Region (NCR). In the first episode of this episode, the Prime Minister will inaugurate the work of the first phase of the Delhi-Meerut Expressway (NH-9) in the morning. Along with this, the Prime Minister will also take part in about six and a half km from Nizamuddin-Ring Road junction to Patparganj bridge. In the first phase, the widening of the work of widening of eight and a half kilometers (from the Sarai Kale Kumbh to the UP Gate) has been completed.
PM Modi to do open vehicle- Roadshow:
According to the information, on Sunday morning, Prime Minister will reach Nizamuddin-Ring Road junction, where Union Minister of Road Transport and Highways Nitin Gadkari and all seven Parliamentarians from Delhi receive him. There the information will be given to the Prime Minister about the expressway. After this he will go from open vehicle to Patparganj bridge. In fact, before Prime Minister Narendra Modi inaugurated on Sunday, on the Nizamuddin-UP Border section of Delhi-Meerut Expressway, he will make a road show. During this time, they will visit Nizamuddin-Ring Road junction from Patparganj bridge by car. In light of the road show, the lights are burnt on NH-9 even during the day. It is being told that all this was done in the light of the investigation so that the lightning-power related flaws could be removed. 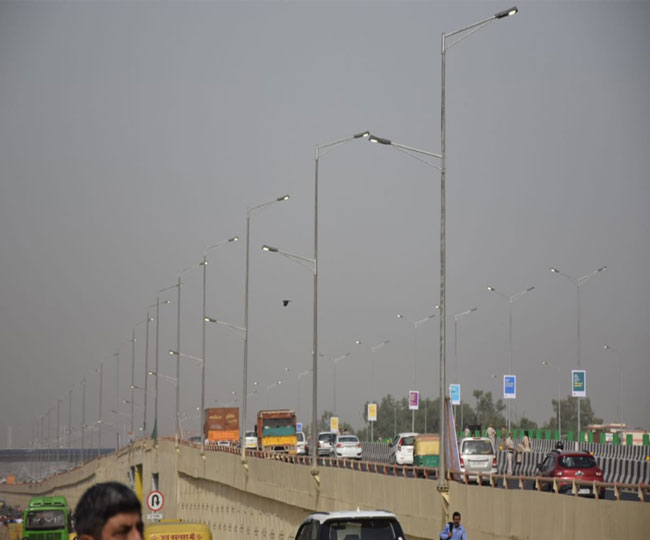 Delhi BJP joining roadshow to succeed:
In order to make the Prime Minister's road show a success, the BJP has given full strength to the BJP. For the past several days, MPs and BJP leaders are meeting people and invite them to welcome the PM to come to NH-9. For people, there is no problem in making the vehicle, Millennium Depot, Near East Vinod Nagar Bus Depot, Noida Link Road, IP Grenade in IP Extension and parking space on Narwana road near Mother Dairy has been made. People are also gathering for road show. 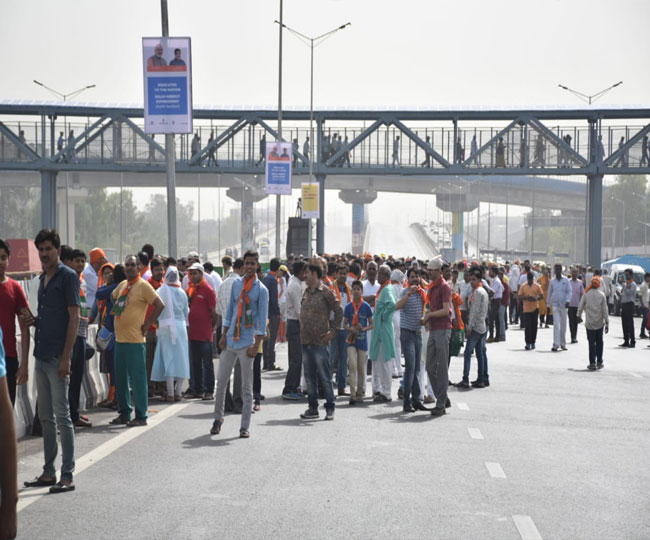 After returning from there, they will leave for the buspath through a helicopter. Where during the rally, the Eastern Peripheral Expressway as well as the Delhi-Meerut Expressway is the formal program for the first phase.
According to the information, the PM will reach the helm of the helicopter at 11.25 am on Sunday. There will be an overview of three-dimensional digital gallery built on the construction process of the Eastern Peripheral Expressway by 11.45 am on toll plaza. After this, after inspecting Expressway from Kundli by car, at 12 o'clock in the morning, Mavikalan Stadium will be reached at Khekda in Baghpat. At 1.35 pm, the horoscope will return and will return from 1.15 pm to the helicopter.
Modi will inaugurate 135-km long 6-lane expressway:
After this, in the Baghpat of UP, the Prime Minister will dedicate the Eastern Peripheral Express-Way (Kundli-Ghaziabad-Palwal), which was built at a cost of 11 thousand crore, to the nation. Union Minister Nitin Gadkari, Governor Ramnayak, Chief Minister Yogi Adityanath, Haryana CM Manoharlal Khattar will be present at the inaugural function. 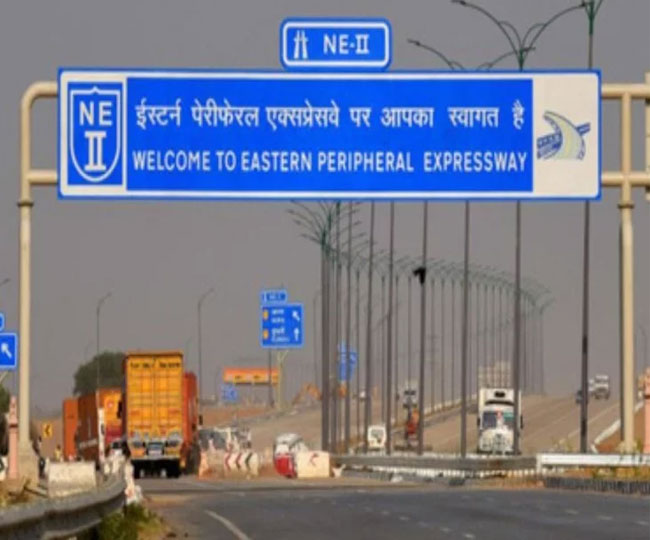 This expressway includes Baghpat, Ghaziabad and Gautam Buddha Nagar of UP-Delhi-NCR and Sonipat, Faridabad and Palwal districts of Haryana are connected. It is 135 km long from the Kundali of Sonepat to Palwal. Multiple entries and exit points have been created on this. There are seven interchanges. Maximum speed is 120 km per hour. This will reduce the burden of about 52 thousand vehicles daily from Delhi.
# new-delhi-city-common-man-issues
# Delhi CommonManIssues
# Indias first green highway
# pm modi
NEWS REPORT
VISHAL SINGH
NEWS REPORT
Total 414 views
Best Books on Machine Learning
Flying car can you imagine that!!
How to install and Activate IBM SPSS on windows?
Uruguay sends Ronaldo led Portugal Home!
Latest SEO trends to get a higher website rank
Being extremely online can only bring you pain. Check why ?
Looking back at 2017!
Top ecommerce websites in india
The Carolina Reaper and other hottest peppers in the world
What are the Datatypes &amp; Variables used in Python?
Moon to have its own 4G Network!
f
t
g
r