Pakistani soldiers started firing at Indian army posts at Kamalkot and adjoining areas at around 9.30 in Uri sector last night. 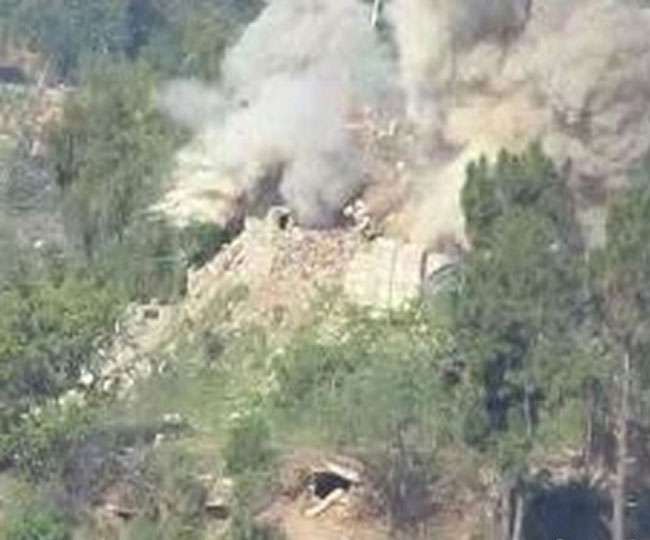 [Srinagar]: After continuing the shelling in the border areas of Jammu, the Pakistani army has started firing on advance Indian military and civilian bases located in LoC under Uri sector in northern Kashmir. Indian soldiers have also retaliated with the Pakistani army.
However, there was no immediate information on the damage done on both sides. But there has been an atmosphere of tension and fear in areas located on the LoC.
According to information found here, Pakistani soldiers started firing at Indian army posts in Kamalkot and adjoining areas at around 9.30 in Uri sector last night. Indian soldiers did not respond to this firing, but alerted the patrolling jawans and naka boats in the next areas due to fear of infiltration. About fifteen minutes later this firefight stopped.
After about one hour of calm, Pakistani troops again started firing on Indian bases. This time, Pakistani soldiers used mortar shells as well as artillery.
Indian soldiers fired counter-clockwise in view of the intensity of Pakistani shelling and after that there was a firefight with each other on each other's bases after midnight till about 12.30.
The concerned soldiers told that at around 3 am the Pakistani soldiers started gunfire again, but at the same time, the Pakistani soldiers got quiet after the retaliation of the Indian soldiers.
An army officer in Uri said that there was no loss of life and property in the firing by Pakistani soldiers. There is no information of the damage to the Pakistani army in the counter-response.
In view of the manner in which Pakistani soldiers have fired, it is being judged that an attempt has been made to secure any infiltration of terrorists in the Indian territory. Therefore, in all the advance areas, the Naka parties and patrols have been instructed to take full vigilance and in search of intrusion, search operations have been launched in sensitive areas.
In the meantime, after the violation of the war of Pakistani army, there has been an atmosphere of tension and fear among the people living in various areas adjacent to the LoC including Kamalkot, Khulla, Dulanjja. Some people from Kamalkot have also migrated to safe places this morning. But no administrative official in Uri or Baramulla has confirmed this.
# jammu-crime
# Pakistan fired on Indian army checkpoints in areas adjacent to Uri sector
INTERNATIONAL REPORT
VISHAL SINGH
INTERNATIONAL REPORT
Total 542 views
Pakistani soldiers fired at Indian army posts in Kamalkot and adjoining areas in Uri sector last night.
How to fix networking problems on Windows 10 Update?
Why the financial statement is required in a business or in a firm
What are HTML Entities?
What is Printer and its kinds?
How to solve Nvidia settings issue after installing Windows 10 version 1803?
If you forgot Mac password how to Reset ?
Government can provide windfall tax on ONGC to provide relief from expensive petrol and diesel
Only 0.35 percent of the income tax returns paid last year were examined: CBDT
Historical summit gives the idea of denuclearization
SEBI warns letter to PNB, follow the necessary rules
f
t
g
r