Raghuram Rajan said, there is no idea of becoming head of the Bank of England

When Rajan was asked whether he was applying for the post of Bank of England, he said that he has no such plan at the moment. 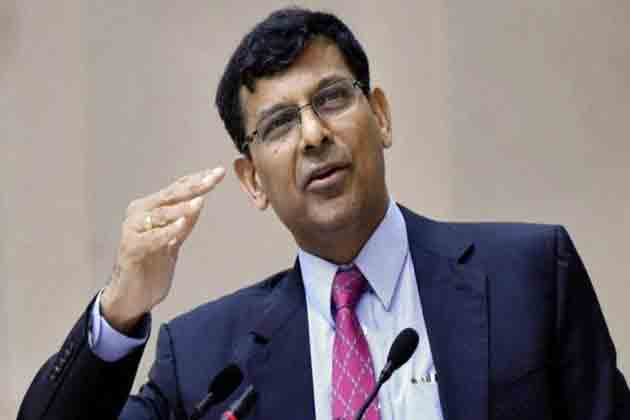 New Delhi (Business Desk): Former Reserve Bank of India Governor Raghuram Rajan has said that he has no plans to become the governor of the Bank of England. According to experts, after leaving the post of Mark Carney, he was considered to be the biggest contender for becoming head of the Bank of England. Carney's tenure ends in June 2019.
During a program at the University of Chicago's Booth School of Business, Rajan mentioned his position in this regard. Talking to reporters in London, "I have a very good job at the University of Chicago. Actually I am an academic, no professional banker. I am very happy where I am. "UK Finance Minister Philip Hammond will announce the successor of Carne at the end of this year. He has said that he will choose any candidate from abroad. Andrew Balley, former Deputy Governor of the Bank of England, is leading the race for this post.
If the other potential candidates are talked about, they may also be the former head of Mexico's central bank Augustine Karstantes who are currently operating the Bank of International Settlement. On this matter, when Rajan was asked, what will he do if the bank contacts him for this post. He said, "I have said what I had to say. I am not applying for any job anywhere. "It is significant that Raghuram Rajan has been the Governor of the Reserve Bank of India till the end of 2016.
# Raghuram Rajan
# Bank of England
# Bank of England governor
# Mark Carney
BUSINESS REPORT
VISHAL SINGH
BUSINESS REPORT
Total 436 views
Raghuram Rajan said, there is no idea of becoming head of the Bank of England
Walmart planning to buy 50% stake in Flipkart
Best foods to improve your eyesight
Sensex down 90 points to open at 35450
A basic introduction to forex trading
Incidence of Lump sum Taxes
Thiruvananthapuram Railway Station gets ISO certification
North Korea's nuclear test of 10 times more powerful than a bomb dropped on Hiroshima
How to create Your first LaTeX document?
What is the mechanism of Google Translate service?
Japan: 155 deaths so far from the flood, rescue workers searching for victims from home
OSCARS 2018, THE WINNERS AND THE BEST DRESSED
f
t
g
r