EU chief talks on US president attack, no friends like Trump, do not need enemies

President of the European Union (EU) Donald Tusk called on the American President Donald Trump to step down from Iran's nuclear deal. 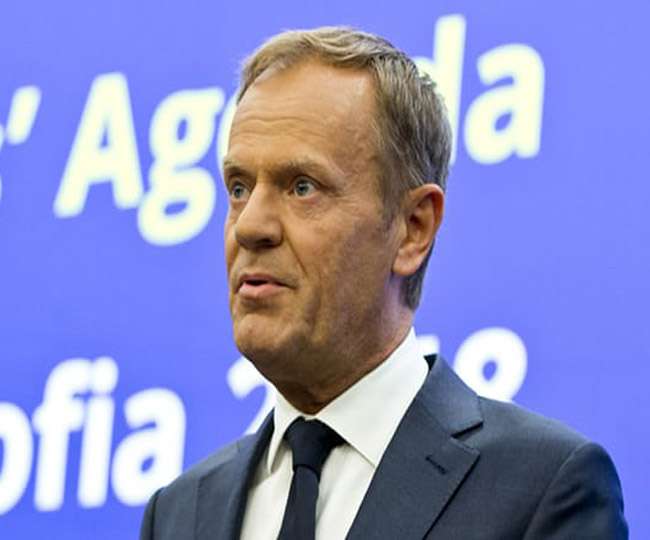 Sofia, [AFP]: President of the European Union (EU) Donald Tusk called on the American President Donald Trump to step down from Iran's nuclear deal. He said here, 'Trump has acted more like a friend than a friend. Whoever has a friend like Trump, he will not need an enemy. ' 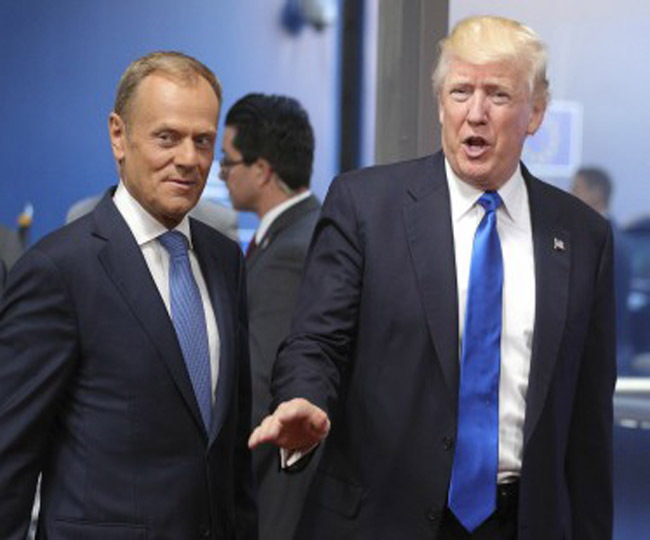 - US President says attack on Iran nuclear deal:
In a meeting Wednesday in the capital of Bulgaria, the EU chief urged European leaders to form a joint European front against the decision of the Trump. Trump had announced the withdrawal of the US on May 8 with the nuclear deal with Iran. In view of this, this meeting of heads of European countries was called.
Tusk compared the American administration to Europe's traditional rivals Russia and China. After the meeting, he told the journalists, "In general, Europe should be thankful to the President Trump because he has removed all our illusions." Earlier on Tuesday, European ministers in Brussels met with top Iranian officials and discussed the issue of maintaining the nuclear deal.
In addition to the US with Iran in 2015, Russia, China, France, Britain and Germany had a nuclear deal. European countries France, Britain and Germany have already expressed their commitment to stay with this agreement.
# European Union president Donald Tusk
# US President Donald Trump
# Iran
# withdrawal
# nuclear deal
INTERNATIONAL REPORT
Vishal Singh
INTERNATIONAL REPORT
Total 456 views
Get free $100 cloud credit
Facebook to launch it's own currency !
Why you don't book a flight tickets to Dubai now before tomorrow!!
All about the American Music Awards and the Ed Sheeran gig in India
What are the Computer Code Elements in HTML?
Fundamental of computers : The control unit and logic unit (module 27)
5 Ways to Keep Blood Sugar under Control
Problems of Pricing under Oligopoly
How to Change Extension of a File?
Brand Value of IPL increased by 19%, increase in viewership also
If you forgot Mac password how to Reset ?
f
t
g
r