TFTC, led by the United States and Saudi Arabia, has imposed this restriction on the Shura Council, the decision-making body of Hezbollah. 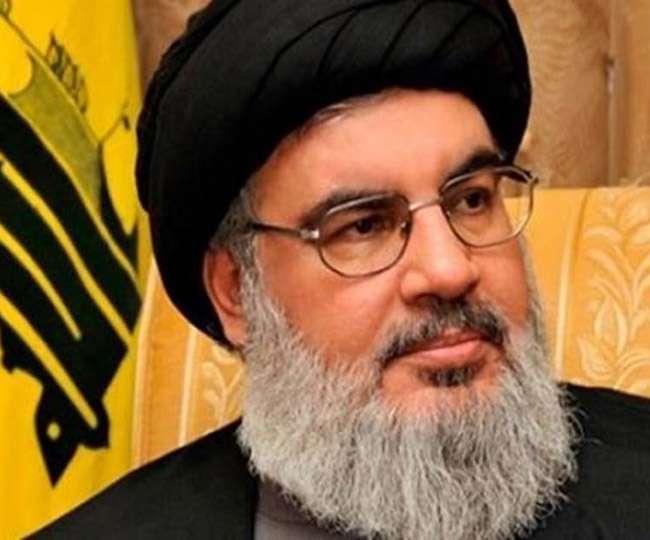 Washington, [AFP]: The United States and six Arab countries on Thursday announced the ban on Hezbollah leaders for the economic pressure on Iran and its allies. Terrorist Financing and Targeting Center (TFTC), led by the United States and Saudi Arabia, has imposed this restriction on Shura Council, the decision-making body of Hezbollah.
Hassan Nasrallah, commander of the Lebanese extremist Shia organization Apart from Nasrullah and Nayeem Qasim who have second rank in the organization, names of three other members of the Shura Council are also on the list of joint sanctions. All of these properties have been frozen. Now it will be difficult for them to make any financial transactions.
It is believed that due to these sanctions, it will be difficult for Iran to help Hezbollah financially. The United States and its ally, the Gulf country, have been accusing Iran of helping Hezbollah.
Six Gulf member countries of TFTC, Saudi Arabia, Bahrain, Kuwait, Oman, Qatar and United Arab Emirates have also banned nine other persons and firms associated with Hezbollah. This is the second time when TFTC has banned local organizations by referring to local security. Earlier, in October last year, a ban on Al Qaeda and Islamic State was announced.
# Shura Council
# Hezbollah leadership
# Lebanese extremist Shia organization
# US
# Arab countries
# impose
# financial sanctions
# TFTC
INTERNATIONAL REPORT
Vishal Singh
INTERNATIONAL REPORT
Total 587 views
US and six Arab countries on Thursday announced the ban on Hezbollah leaders
Stocks closed at new heights, Sensex-Nifty record-closing
Petrol-Diesel All-Time High: The price reached 77 in Delhi, know the location of your city
The Pros and cons about iOS jail breaking?
After the Reserve Bank of India's decision, the exchanges turned trading route between the crypto currency
Memory access methods : Direct and Random memory access method (module 38)
NASA got data from auto generated Satellite from Jupiter. Yes, it is. Check now
Gmail without internet ? Yeah ! It's possible.. Check out how ?
What to do if Update Assistant stuck downloading Windows 10 April 2018 Update?
One Plus guarantee it's three year updates to OP Users
Coincheck to Compensate $500m to its Clients
f
t
g
r