After the tone of Nawaz, hearing of the Mumbai terrorist attack in Pakistan court is fast. 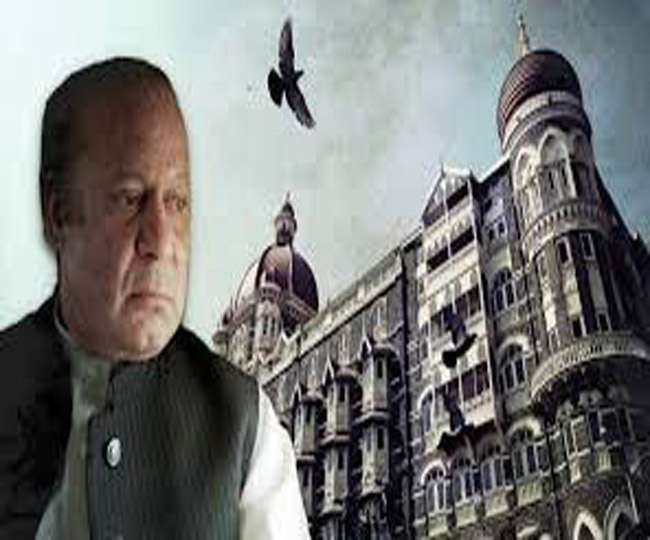 [Islamabad]: In Pakistan, the anti-terrorism court had called two prosecution witnesses in the 2008 Mumbai terror attack hearing. In addition to this, authorities have been instructed to give proper answers to 27 Indian witnesses in this matter to complete the trial. This attitude of the court came after the public statement of former Prime Minister Nawaz Sharif in which he had questioned the pending trial pending in Mumbai attack.
Call for witnesses to complete the case soon:
In the Mumbai attack, ten terrorists of Pakistan's terrorist organization Lashkar-e-Taiba attacked 166 people and attacked dozens of people at several places and injured dozens. Of these, nine of the attackers had been killed by the security forces while the attacker Ajmal Kasab was captured alive by the Mumbai Police. Later Kasab was convicted by the court process and he was hanged. Pakistan refused to consider it as its citizen, but under international pressure, Pakistan had to register an FIR in 2009 regarding the Mumbai attacks and is now under trial in the Anti-Terrorist Court.
On Wednesday, the statements of district police officer Sohail Habib Tajik were found in the court of Judge Shahrukh Arjumand. The court also directed the registration of the statement of General Investigation Agency (FIA) Additional Director General Wajid Zia and another official, Zahid Akhtar. Summons have been issued for both of them in this regard.
The matter will again be heard on May 23. So far, 68 people have been witnesses in the case. Pakistani agencies have named eight people, including LeT operations commander Zakiur Rehman Lakhvi, in the case.
# Former Pakistan PM Nawaz Sharif
# Statement
# Mumbai terror attacks
# Pakistan Court
# trial
INTERNATIONAL REPORT
Vishal Singh
INTERNATIONAL REPORT
Total 598 views
How to earn Bitcoins ?
Top 5 online shopping sites in India
Email is no longer a secure mode of communication. Check why ?
Is Uttar Pradesh (UP) the next Gotham City?
5 Time Champions Brazil crash out of World Cup!
The Avengers: Infinity War | the Biggest Marvel Release|
Anil Ambani's company loan is NPA, this bank announces
Stocks closed at new heights, Sensex-Nifty record-closing
What is a Flowchart?
The Pros and cons about iOS jail breaking?
69000, सहायक शिक्षक भर्ती में न्यायपालिका द्वारा तारीख पर तारीख-सुनवाई आज
f
t
g
r