India's wheel of development will stop if Modi does not become PM again: John Chambers

John Chambers, former Executive Chairman and CEO of Cisco Systems, said in an interview with Indian reporters here that India has the opportunity to make the strongest and overall development 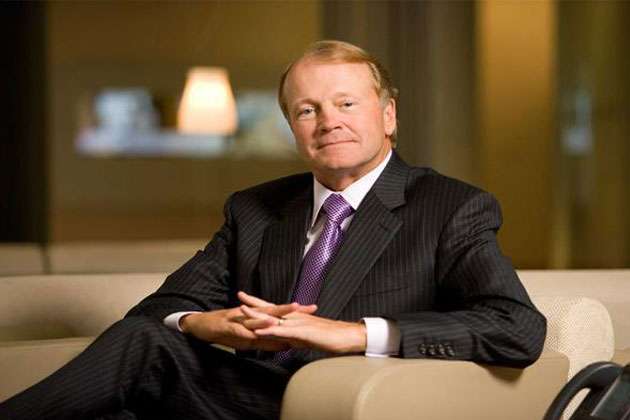 [New Delhi]: America's top industrialist John Chambers has said that if Prime Minister Narendra Modi does not get the chance to lead the country in the next parliamentary election, then the effective and overall development of India can be in danger.
John Chambers, former Executive Chairman and CEO of Cisco Systems, said in an interaction with Indian reporters here that India has the opportunity to make the strongest and overall development in front of India. For this, efforts will be made to continue for at least a decade. He said that Prime Minister Modi has the ability to do this. He is taking the country in the right direction.
After inaugurating the annual Leadership Summit of US-India Strategic and Partnership Forum (USISPF), Chambers said in a dialogue with reporters that if Modi does not get the opportunity to complete this work, then the pace of development can be in danger. He was asked if what would not happen again in 2019, then what would be the situation. Chambers said that Modi is brave, he wakes up everyday thinking about the future of his country.
In response to a question on Indo-US relations, he said that bilateral relations have wide potential for expansion. There is such a widespread possibility of business expansion between the two countries that there will be no impact on the small obstacles.
Indo-US business doubled:
Meanwhile, US Senate Rob Portman has said that the growth rate of trade between India and America is twice the rate of growth of the China-American business. This fact is enough to give the message to the world that bilateral relations are very deep. Addressing the inaugural session of the Forum, Portman said that stresses the need to eliminate tariff and non-tariff barriers. These obstacles hinder bilateral trade. He said that the trade between the two countries is 126 billion dollars today. Since 2005, the turnover has increased by 370%. During this period, the US-China trade was up 174 percent.
# Narendra Modi
# Pm Modi
# India
# India Development
# Indo-US relations
Business Report
Vishal Singh
Business Report
Total 384 views
Tom Cruise’s Mission: Impossible- Fallout’s trailer out!
Is major railway stations convert into world class transit hub in indian railway?
Countries unknown to the world
What is SSE in HTML5?
What are HTML attributes and how to use them?
Is the Colombian Cocaine War worth it?
BEST TIPS TO STUDY CA COURSE INCLUDING ALL THREE STAGES
What is a Web Worker in HTML5?
What is HTML Web Storage?
How to Download Embedded Flash Files Using Chrome browser?
f
t
g
r