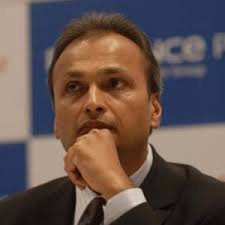 New Delhi (Business Desk):
This company of Anil Ambani Group was formerly known as Pipalva Defense and Offsaur Engineering. Anil Ambani Group bought it in 2016 and changed its name to Reliance Defense and Engineering. For information, let us know that at present, over two dozen banks have outstanding debt of more than Rs 9,000 crores on this company. The most debt given to this company was given by IDBI Bank, most of the company was given the loan by the state-run banks.
This step has been taken from Bangalore's Vijaya Bank as the Reserve Bank's NPA Resolution Framework has been modified on 12th February and for this reason, it had to be forced to put the debt given to Reliance Naval in the NPA category. Significantly, in the direction given on February 12, the RBI had banned all types of restructuring. At the same time, he told the banks that after defining the company one day, they started work on its resolution plan. If the defaulting company does not pay the balance within 180 days then the bank can go to the bankrupt court to recover the money.
# Vijaya Bank
# Reliance Naval
# Anil Ambani
# Reserve Bank's NPA
BUSSINESS REPORT
VISHAL SINGH
BUSSINESS REPORT
Total 467 views
Limitations of Liquidity Preference theory of Interest
Study the Best Way
Working of Price System
Elon Musk sends Tesla car to Space in Style!
Download the new apple iOS 11.4 Public beta. Step by step guide.
The French send Messi led Argentina Home!
What is Log Off and Turn Off of the Computer?
How to Make Windows 10 Start Menu Look like Windows 7?
How to display HTML Google Maps?
How to earn Bitcoins ?
f
t
g
r