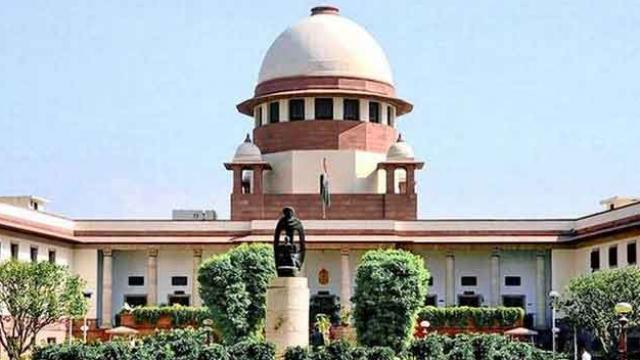 The Supreme Court has asked chief judges and caretaker chief judges of all the high courts of the country to form anti-sexual harassment committees in all the courts within two months as per the law of 2013. Supreme Court urged Chief Justice of Delhi High Court Geeta Mittal to constitute these committees within one week in all the district courts of the capital, along with the High Court. Chief Justice Deepak Mishra, Justice A.M. Khanvilkar and Justice D.Y. Chandrachud's three-member bench was hearing a petition filed by a woman lawyer on Friday, alleging that some lawyers abused her during the strike at the Thirty-Hazar District Court premises.
RESOLVE A MUTUAL DISPUTE:
The bench asked the women lawyers of the thirty-thousand court and bar association officials to resolve their disputes together. The court directed that lawyers of both parties should not be arrested in connection with FIR lodged against each other.
The bench has directed the Crime Branch of Delhi Police to investigate the complaints of lawyers of both the parties. The bench transferred the hearing of the trial of these two FIRs to the Patiala House Court and told the leaders of the bar that they did not interfere in the administration of justice.
The Supreme Court has settled the lawyer's petition against some members of the lawyers and Delhi Bar Association. Under the Sexual Harassment of Women (Prevention, Restriction and Diagnosis) Act, 2013 on the workplace, composition of the committee is mandatory for the investigation of complaints of sexual harassment of women at each workplace.
# Delhi High Court
# High Court
# Anti-sexual Harassment Committees
NEWS
VISHAL SINGH
SPECIAL REPORT
Total 450 views
Get free $100 cloud credit
Distinguish between Market price and Normal price.
YouTube Red vs. Amazon Prime
What is Duopoly in Economics?
Argentina survives with a win over Nigeria
Why Microsoft is explaining the threat to human rights for face-recognizing technology
Minimum hardware requirements error 0xC1900200, 0xC1900202?
Trump is trying to back out from ''Iran nuclear deal''
The Pros and cons about iOS jail breaking?
Emmanuel Macron’s World View
Pin functions of 2, 3 and 4 terminal mobile batteries
How to create your Bitcoin Wallet?
Apple’s new MacBook Pro are out , Check it's specifications
f
t
g
r